Mediation is a process that brings together opposing sides in an attempt to resolve a dispute and reach a settlement, as an alternative to the formal court process. Mediations are facilitated by a trained mediator who remains a neutral third party.

Since September of 1993, Toledo Municipal Court rent escrow cases are first referred to the Court's Citizens Dispute Settlement Program or (CDSP) for possible resolution prior to a formal hearing. Participation in mediation is voluntary.

WHY SHOULD I AGREE TO PARTICIPATE IN A MEDIATION?

When disputes are settled by a court, one party wins and one party loses. While in mediation, the parties may come up with a settlement agreement that gives both parties some benefit, allowing both parties to “win.” In addition, parties who participate in resolving their own disputes and coming up with their own settlements are more likely to live up to the terms of their agreement.

HOW DOES MEDIATION WORK?

During mediation, the mediator discusses with both parties the nature of the problem and some options for resolving it. If a settlement is reached, the agreement about the parties' future conduct is put in writing and signed by both parties. This settlement agreement clearly states what the parties are agreeing to do to resolve their dispute.

The CDSP monitors contracts and reports agreement and case status back to the court.

WHAT IF AN AGREEMENT CAN'T BE REACHED?

If both parties cannot reach a settlement agreement, the dispute will be sent back to court and set for a hearing.

WHO ATTENDS THE MEDIATION?

Both opposing parties must attend for a mediation to be held. Attorney representation is not needed, but you may bring one if you wish. The parties in dispute will find their own solution, with the assistance of the mediator.

CAN WHAT I SAY DURING THE MEDIATION BE USED IN COURT?

No. Court rules are not applied during a mediation. Whatever you say during the mediation is confidential and may not be used in court. The mediator's confidentiality is not binding in cases of child or elder abuse.

WHAT DO I NEED TO BRING TO THE MEDIATION?

If the dispute involves a lease provision, rent payments, or the conditions of the unit, you should bring a copy of the lease, photos, bills or receipts and any other relevant documents to the dispute. DO NOT BRING ANY WITNESSES.

WHAT DOES MEDIATION COST?

The Citizens Dispute Settlement Program (CDSP) is offered at no charge to participants.

WHAT HAPPENS IF ONE PARTY DOES NOT LIVE UP TO THE TERMS OF THE SETTLEMENT AGREEMENT?

If the agreement is not realized, the parties are instructed to contact the CDSP and speak to the mediator handling the case. At that time there may be a second effort to resolve the issue. If resolution is not possible, the case is sent to the court for hearing. 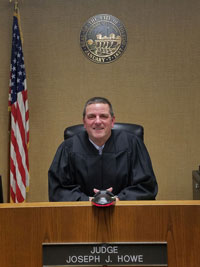